Syed Nadeem Alam Shah, Honorary Consul General of Japan in Quetta was conferred the 2016 Autumn Decoration by the Ambassador of Japan, H.E. Mr. Takashi Kurai in recognition of his contribution to promoting cultural exchanges and friendly relations between Japan and the Islamic Republic of Pakistan on 30th of November, 2016. Mr. Shah received The Order of the Rising Sun, Gold Rays with Neck Ribbon.

Syed Nadeem Alam Shah, Honorary Consulate General of Japan in Quetta has greatly aided the development of the Japan-Pakistan relations through having promoted the mutual understandings and friendly relations between these two countries for a few decades. Especially he has made outstanding contributions in Quetta to promotion of Japanese culture and assistance to Japanese citizens in a committed manner, which has deepened Japan-Pakistan relationships. 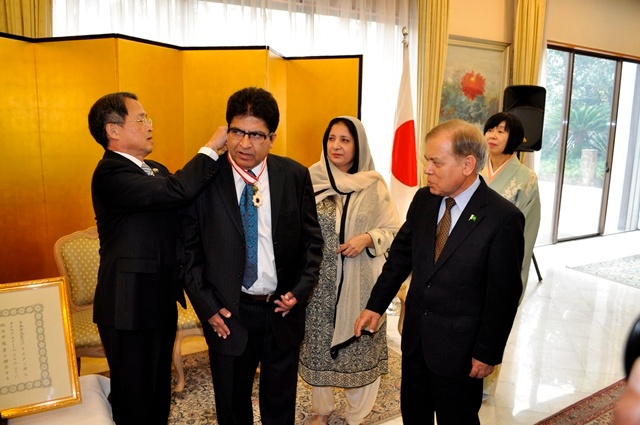