2016/7/12
Since the conclusion of Cultural Agreement between Japan and Pakistan in 1957, which is a basic instrument to broaden and deepen cultural relationships, the exchanges in culture, sports, youth and education have steadily increased, through the ways of demonstrations, public performances, exhibitions and human exchanges etc. Japan and Pakistan will continue their strenuous efforts to promote their cultural ties.

Culture, alongside politics and the economy, is an important field within the diplomacy of Japan, and its role has become more and more important in recent years. The impact of public opinion on diplomatic policy has been increasing due to the dramatic development of the Internet and mass media. For this reason, in order to promote diplomatic policy successfully it is critical to attain the understanding of not only foreign governments but also foreign nationals. In particular, as an important part of diplomatic policy, countries are investing significant efforts in ensuring that people in other countries see them in a positive light. The Ministry of Foreign Affairs takes a direct approach towards citizens of foreign countries, comprehensively developing its efforts in public relations overseas and cultural exchange so as to foster favorable and deep understanding of Japan's diplomatic policies and national circumstances. The Ministry is also working to convey the appeal of Japanese culture and promote exchanges with citizens of other countries. From this point of view, the Government is proactively furthering a variety of initiatives including exchange and cooperation within the cultural field as well as supporting the international exchange activities of private entities. 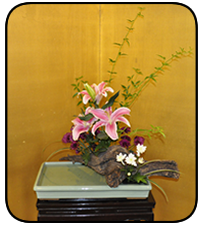